Local 848's team has been a perennial contender with several past championships. Local 249, the team to beat of late, went down before 848's blazing bats in the first game, 21-16. The North Texans went on to beat Local 31 by 24-13, then Local 110 by 19-7 to take the championship. Local 848 had qualified by winning the North Texas tournament in Fort Worth last month.

Playing coach and organizer James Ducker forwarded photos and statistics from the tournament. His team hit 14 home runs, scored 105 times, and had an average hitting record of .638! 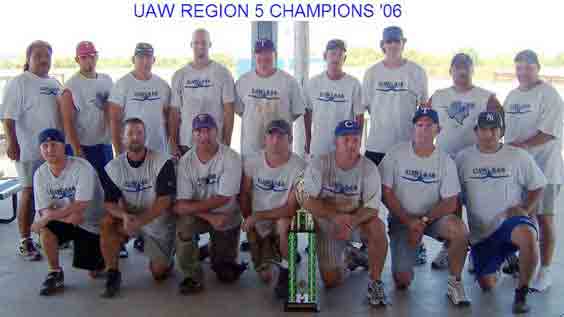