The Communications Committee met at the Dallas Peace Center on February 9. They emphasized that every peace advocate in North Texas must see communications as their primary task. It isn't just a committee assignment, but everybody's job!

The group made a number of important decisions. Roger Kallenberg reported on his progress in developing a history of the peace movement in North Texas before 1982, when the Peace Center began. He has found some striking efforts for peace that go back to at least 1860, 12 years after Dallas was founded. He asks that everyone send in whatever chapters of the story they come across.

Kallenberg also talked about the new Economics Committee of the center. One of the things they will do is relate to the Dallas Chamber of Commerce on peace issues. The Center recently joined the C of C.

Distribution of the Dallas Peace Times is critical. Beth Freed has volunteered to prepare the newspapers in bundles based on their ultimate drop-off area. She will develop "feedback sheets" to go with each of them. Walt Harrison decided that he would work with Freed and take the responsibility for making sure that each bundle reaches the responsible volunteer.

Editor Trish Majors is developing a small flier to be distributed at every event that enjoys the sponsorship of the center. In general, it will outline the principles for such actions and such sponsorship. The Committee urged that the material be bilingual, and Majors said she would take the ideas to the Board of Directors. 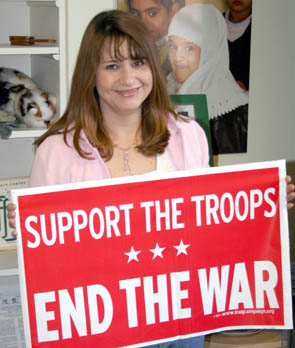 The Committee decided to do whatever is necessary to help develop a robust Speakers Bureau. This project has been in progress for some time, but the new Committee might be able to help. Trish Majors then led the Committee through a list of upcoming center pieces for the newspaper. The Committee completely agreed with the leadership she is showing.

Gene Lantz reported that he expected to be working with the "Friends and Allies" as listed in the paper. The Committee has decided to extend these progressive organizations an opportunity to reach even more North Texas activists through our efforts.