Although the union activists at the Dallas AFL-CIO discuss many important political developments, they have only taken stands on a few of the political races underway: For Dallas City Council, they endorsed Angela Hunt, Pauline Medrano, and Steve Salazar. The teachers led the endorsement process to Nancy Bingham, Lew Blackburn, and Jerome Garza in the Dallas Independent School Board race. It is likely that labor leaders will endorse more candidates in the runoff elections in June. 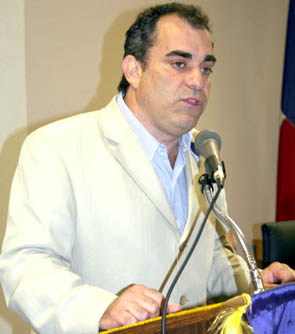 At the April 19 meeting, AFL-CIO Field Rep Don Slaiman was the main speaker. His topic was the Employee Free Choice Act, which passed the U.S. House of Representatives and will be tested next in the Senate. Slaiman said that Labor Law reform was stopped in the Senate in 1978 by only one vote. Labor has suffered from the old system since then. The major Democratic candidates for U.S. President support the bill. Slaiman pointed out that democracy depends heavily on the right of workers to organize. He said, "If we don't get labor law reform in 2008, we're finished, and democracy is finished.The world is finished."

In the Jobs with Justice report, emphasis was also placed on the Employee Free Choice Act. Activists have been petitioning Senator Cornyn for it during the past weeks. Another important topic was the need for health care reform. Registered nurses from the National Nurses Organizing Committee attended the session and asked all union activists for help with their Texas Hospital Patient Protection Act.

Their yellow leaflets call for town hall meetings in major Texas cities. In Dallas there were two: 11 AM to 1 PM April 26th at Fretz Recreation Center, 6950 Beltline Rd; and 11 AM to 1 PM April 28 at the Martin Luther King Center, 2922 MLK Blvd. Nurses will broadcast their views on KNON's "Workers Beat" talk show 8-9 AM Wednesday, April 25. 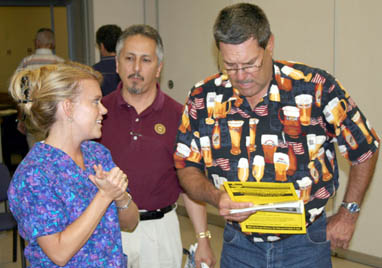