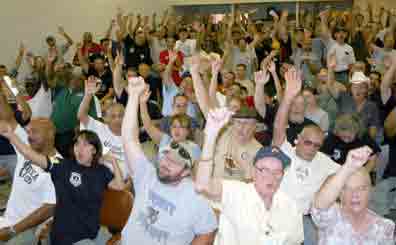 From time to time, commercial newspapers say that such-and-such a union is "prepared to go on strike," but what does it mean? What do unions actually do to get ready for the possibility that management may force them into a strike or other concerted action? Under President James Splawn, United Aerospace Local (UAW) 848 is providing the answer. He initiated a Contract Preparation Committee to carry out both the obvious tasks and whatever else they could think of before the local's main contract with Vought Aircraft expires on September 30.

The Committee began improving communications lines with all members. They found ways to keep the membership up to date as developments occur. Their web site, www.uaw848.org, has regular postings. Through their system of union stewards and volunteers within the plant, they can send out and bring in information quickly. Additionally, Committee members are looking outside the plant for allies in the broader labor movement and even in the community at large. Merchants in the Grand Prairie area are proudly posting signs that read, "We support Local 848." 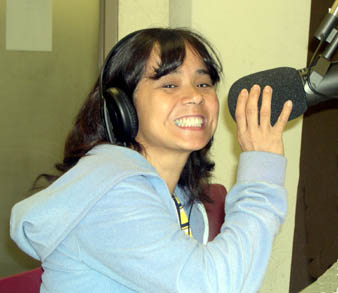 Contract Preparation Committee activists like Dao Blackburn have appeared on the "Workers Beat" program on KNON radio, 89.3 FM or www.knon.org, to get the local union's message out to a broader audience. Brian Caldwell was on the program September 12, and Leroy Hudgens is scheduled for 8 - 9 AM on September 26.