Unionists hit the streets all over Texas on December 10. As part of the worldwide "International Human Rights Day," Americans demanded the right to organize. A major goal was to develop support for the Employee Free Choice Act. Introduced into Congress in April 2005, the act (S. 842 and H.R. 1696) would simplify and strengthen the organizing process.

On December 9, Delphi employees and supporters from as far away as Dallas rallied at the United Auto Workers Local 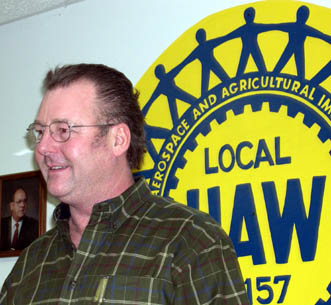 2157hall in Wichita Falls. President Darrell Shepard greeted five area religious leaders and the Mayor of the city before two capacity crowds, one for each shift.

Delphi workers are threatened with 50-60% reduction in wages and termination of their pension rights during bankruptcy proceedings. The International Union has said that a strike is all but inevitable.

A good many of the participants and speakers were recorded for the December 14 radio presentation of "Workers Beat" from 7 to 9 AM on KNON radio, 89.3 FM and www.knon.org. Wichita Falls media coverage at the event itself was extensive. 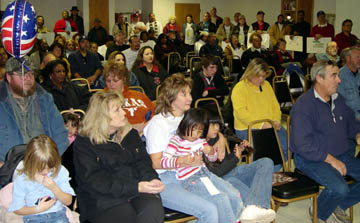 President Shepard said that Delphi's Senior Executives are to divide $22 million during bankruptcy. The top 500 executives would divide $88 million when they emerge from banktuptcy. Shepard had a warning for everybody: "It's all about the top 500, it's not about the employees." "Sooner or later, it will come to you if we let this go by." 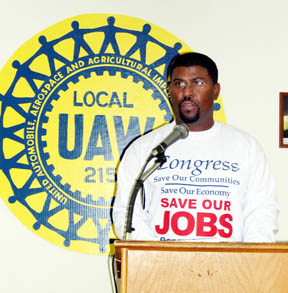