Union volunteers from Dallas and Tarrant County have been helping turn out the vote for the special election February 28 in State Representative District 106, the Southwestern corner of Dallas County. Union men and women have been spreading the word among their members in the workplaces, over the phone, and in the neighborhoods.

Labor in Austin claims a big role in the recent victory for the labor-endorsed candidate there. Houston union folks claim another one. North Texas labor is challenged in the ongoing race, and union members are responding! Union members will be leafletting workplaces and phone banking their members during the election Tuesday. 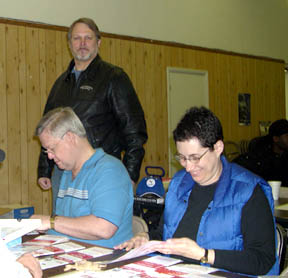