Peruvian activist Juan Gomez brought immigrants' rights leaders together to form a new coalition on April 21 at the Casa De Las Americas on Loop 12 in Dallas. In the wake of North Texas' gigantic immigrants rights marches of April 9, it is likely that such meetings are going on all over the area.

The group declared their eagerness to work with all of the forces that are in motion against the congressional proposals that sparked national opposition. They declared themselves in favor of work stoppages and consumer boycotts on May 1, but they asked students to avoid walkouts. The next meeting was set for 7:30 PM on April 27th at Migueleno's Restaurant, 3200 W Davis in Dallas. 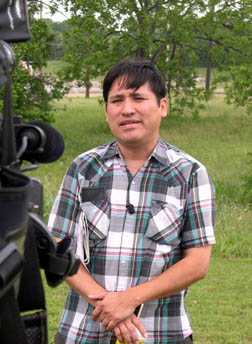 On April 24, Juan Gomez announced the new group on Channel 23.