Union activists have been working hard to make sure their members vote on or before November 7, 2006. The Texas AFL-CIO has organized door-to-door activities for union members in Dallas and Tarrant Counties. Local Labor Councils and individual unions have their own programs of literature distribution and telephoning members.

Unions know that their jobs have been undermined tremendously in the last two decades, and they know that the underlying reason is anti-worker legislation, court 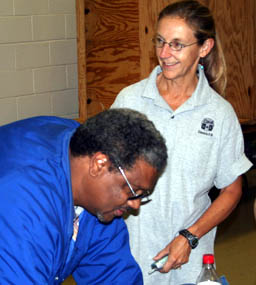 decisions, and administrative decisions made by political appointees. The result has been a tremendous drain of good-paying jobs. The jobs that remain available are under tremendous political pressure to lower wages and benefits.

CWA members signed up for door-knocking duties on October 28

Union members have responded with a continuously rising percentage of voter turnout. Even though union members represent only 13% of the U.S. population, union families turn out 25% of the vote! Retired union members and other seniors are expected to increase their voting percentages in 2006, because of critical developments concerning their health care, pensions, and Social Security.

Unionists met at UFCW 540's hall in East Dallas on October 14, then they loaded into their cars and hit the neighborhoods!

Meanwhile, top union leaders are speaking out about the importance of political action. 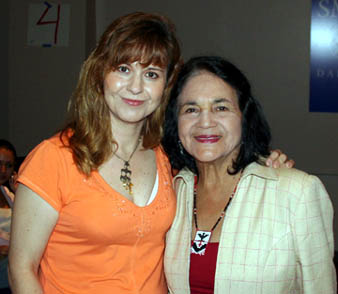