Find the Jobs in This Picture! 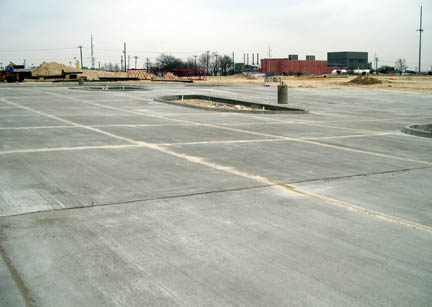 Hard to see, aren't they?

Drivers passing the corner of Westmoreland and Dresser in Dallas' Oak cliff area may wonder why there is such a large blank area in the middle of a bustling urban area. If they were industrial workers, though, they would know they were passing the site of Halliburton's big machine shop,which formerly employed hundreds of members of the United Steelworkers of America. Only a few years ago, the Illinois site was one of two big Dresser plants that made oil field tools out of hard steel in Dallas. Both were abandoned and the jobs evaporated.

During February, 2006, members of the United Autoworkers of America lost Local 514 in Waxahachie, where men and women made air conditioning equipment. Those jobs went to Mexico. UAW Local 1999 in Oklahoma City, once the largest General Motors fabrication center, was slated for closure in February along with several others.

NAFTA, CAFTA, and other so-called "trade" agreements (they are really corporate giveaway investment deals, and they weren't "agreed to" by the people in any of the countries involved) have gobbled up good jobs here while creating lousy jobs in other countries. As mighty transnational corporations take over the economies of the non-industrialized world, the hungry people there are forced to immigrate toward the richer nations.

Those that arrive here to work at the worst possible American jobs find that they are being scapegoated for the very process that ruined their home countries!