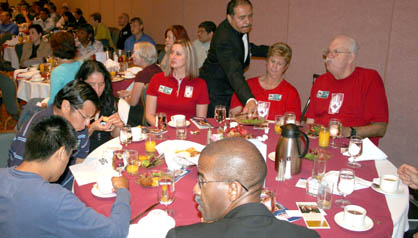 Dallas AFL-CIO Financial Secretary - Treasurer Jim McCasland announced that the 2007 Labor Day Breakfast was the second largest ever, and the very largest during a non-election year! At least 25 of the participants were activists with Jobs with Justice. Union members, church activists, civil rights activists, and civil libertarians were in our ranks. The Glantz family (red shirts in the photo) made sure that everybody kept health care near the top of their political agendas. Jobs with justice stickers saying "Health Care for All" were worn by almost everybody. Katie Glantz and Hobie Hukill made sure that the entire crowd of over 350 people had a chance to sign a petition for the Conyers health care bill, H.R. 676.

Even though no local elections are pending, about two dozen elected officials attended the breakfast. The increased interest shows that labor's work in the electoral arena is being noticed. More than 1 of 4 voters in America comes from a union family. Union political campaigns are the only voice for working people in the entire array of political life. 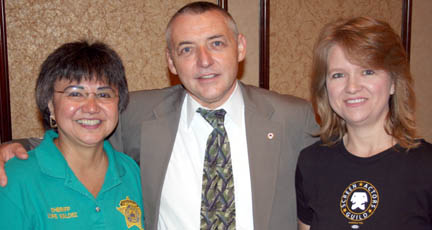 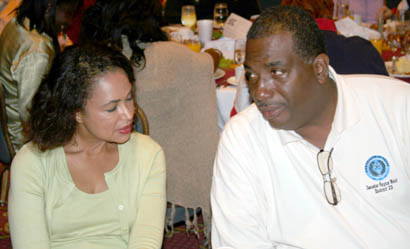