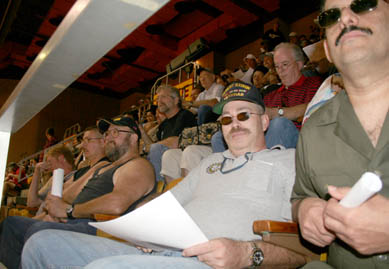 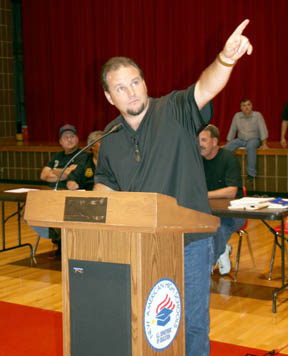 the expiration date for the old contract. They heard a careful explanation of the contract terms by President James Splawn, Chairman Chuck Stanley, and some of the members of the Negotiating Committee. Later, the UAW International Rep, Wendell Helms, also gave an opinion. As soon as all the explanations were done, the ballot boxes were opened and most of the members voted on their way out. A few stayed for more intensive questions and answers, but the entire process was finished expeditiously.

The votes were counted by the Election Committee on the spot. The contract was ratified by a 2/3 vote. 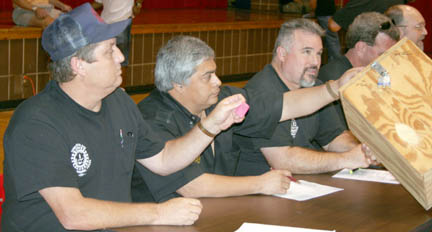 Just a few miles away, members of UAW Local 276 (General Motors) were getting ready to hold a ratification meeting on October 6. 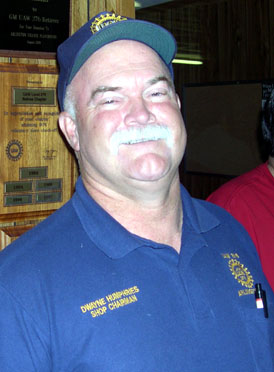 Dwayne Humphries, shop chairman at UAW Local 276 (General Motors) in Arlington told the local's retiree meeting about their contract offer on October 2: "For current retirees it was pretty much a plus on everything"